The latest advances of Cardiopatch are showcased in Lisbon

In order to discuss the latest advances made and to initiate the final phase of the initiative, the partners of the European project CARDIOPATCH met in Lisbon on the 24th and 25th of October for the consortium's annual meeting. The leaders of each work package reviewed the progress made until now on the therapy model that is being developed and the next steps to be done to achieve the initiative's goals and mission.

The meeting began with the intervention of the researcher Margarida Serra, who welcomed the attendees on behalf of the Portuguese partners IBET and Genibet, the team who organized the encounter.  Afterwards, the project coordinator Felipe Prósper introduced the meeting.

In this way, the first day served mainly to review CARDIOPATCH's non-scientific packages and to establish the bases for the future commercialisation and business model of the project, which will have both hospitals and public administrations as possible recipients of its solutions.

At the second day of the CARDIOPATCH’s Consortium Annual Meeting, the partners reviewed the results achieved in the scientific part of the initiative, which aims to develop an innovative solution for myocardial infarction patients through regenerative medicine and 3D printing technologies.

First, Dr. Lina Badimon, from the partner FIRHSCSP, explained the progress made in the first work package and in the increase of the therapeutic potential of ADSC stem cells through their preconditioning. After that, Dr. Jéròme Roncalli, from the partner CHUT, explained the novelties of work package two and the progress made towards a combination therapy for chronic heart failure with genetically modified stem cells.

Afterwards, Marta Costa and Mariana Almeida, researchers from IBET and Genibet partners, reviewed the work done by their teams, the development of technologies and protocols for the standardised production and characterisation of different therapeutic products for cardiac regenerative medicine and the evaluation of ATMPs (advanced therapy medicinal products) and compliance with the protocols..

Then, Coline Pinese, from the partner IBMM, explained the work done in functionalising the CardioReg patches to allow a controlled and sustained release of therapeutic growth factors in the damaged area of the heart.

The session to review the scientific work packages was closed by Dr. Beatriz Pelacho, scientific coordinator of CARDIOPATCH and representative of the partner CIMA, who announced that the next steps of the initiative will be the animal experiments to test the therapeutic potential of the CARDIOPATCH model.

On the other hand, Leartiker researchers Uzuri Urtaza and Mikel Garmendia demonstrated the capabilities of the biotechnological products developed using 3D printing technologies: a non-invasive device for the correct implantation of the patch in the heart and a tool for the production and transport of the patch.

"The project is proving to be a great experience. We are getting products and results, so we can say that we are moving in the right direction," concluded Felipe Prósper at the end of the consortium meeting.

The European project CARDIOPATCH, co-funded by the Interreg Sudoe Programme through the European Regional Development Fund (ERDF), will present the final results in April 2023 at an event to be held in Pamplona.

The second annual meeting of CARDIOPATCH was also attended by the associated partners Viscofan and the New Aquitaine-Euskadi-Navarre Euroregion (NAEN EGTC).

Back to the news 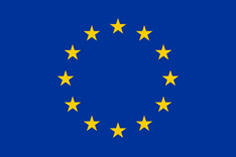 CARDIOPATCH project is co-funded by the Interreg Sudoe Programme through the European Regional Development Fund (ERDF).

CARDIOPATCH project is co-funded by the Interreg Sudoe Programme through the European Regional Development Fund (ERDF). 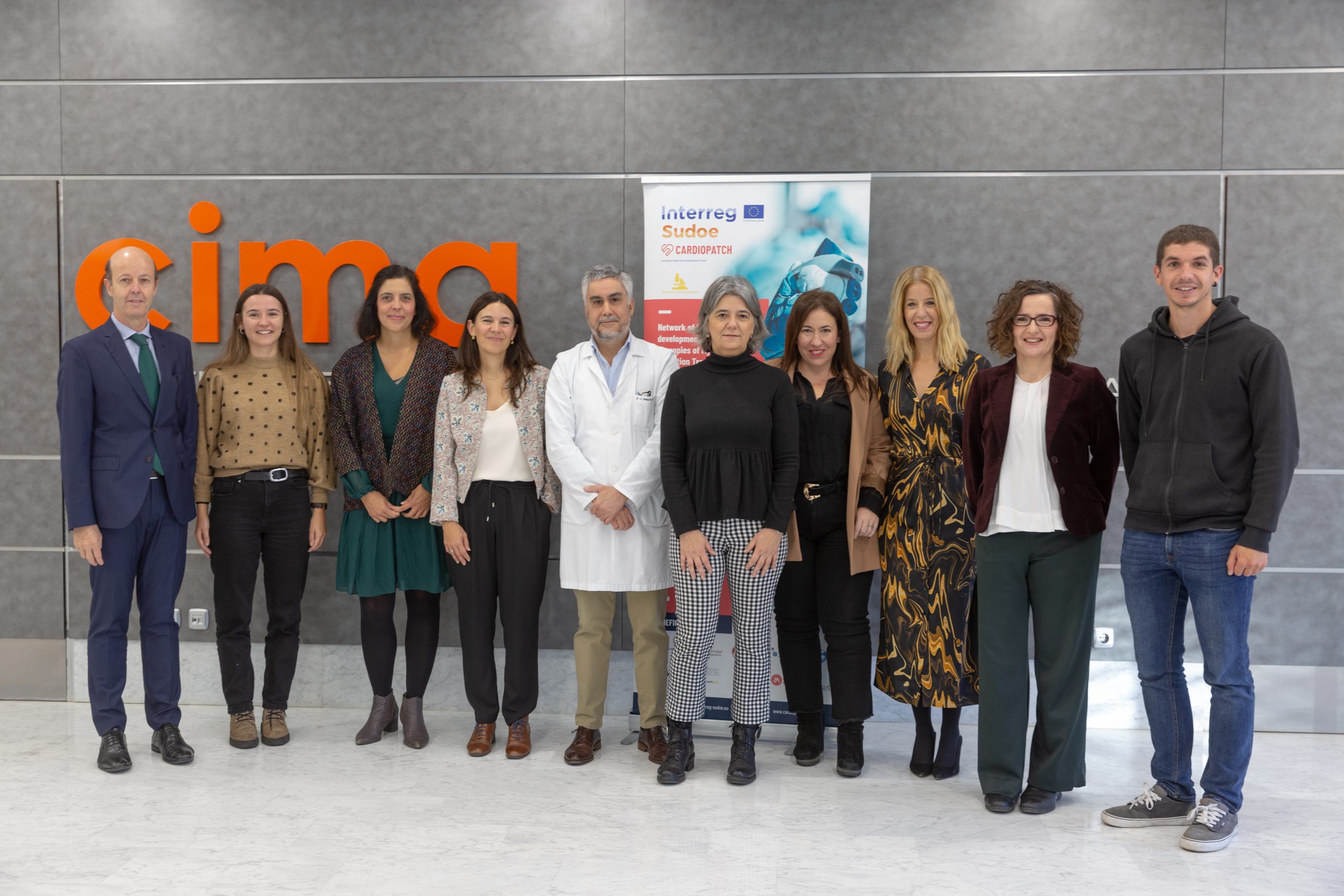 Which are the keys to develop projects of excellence in personalized medicine? 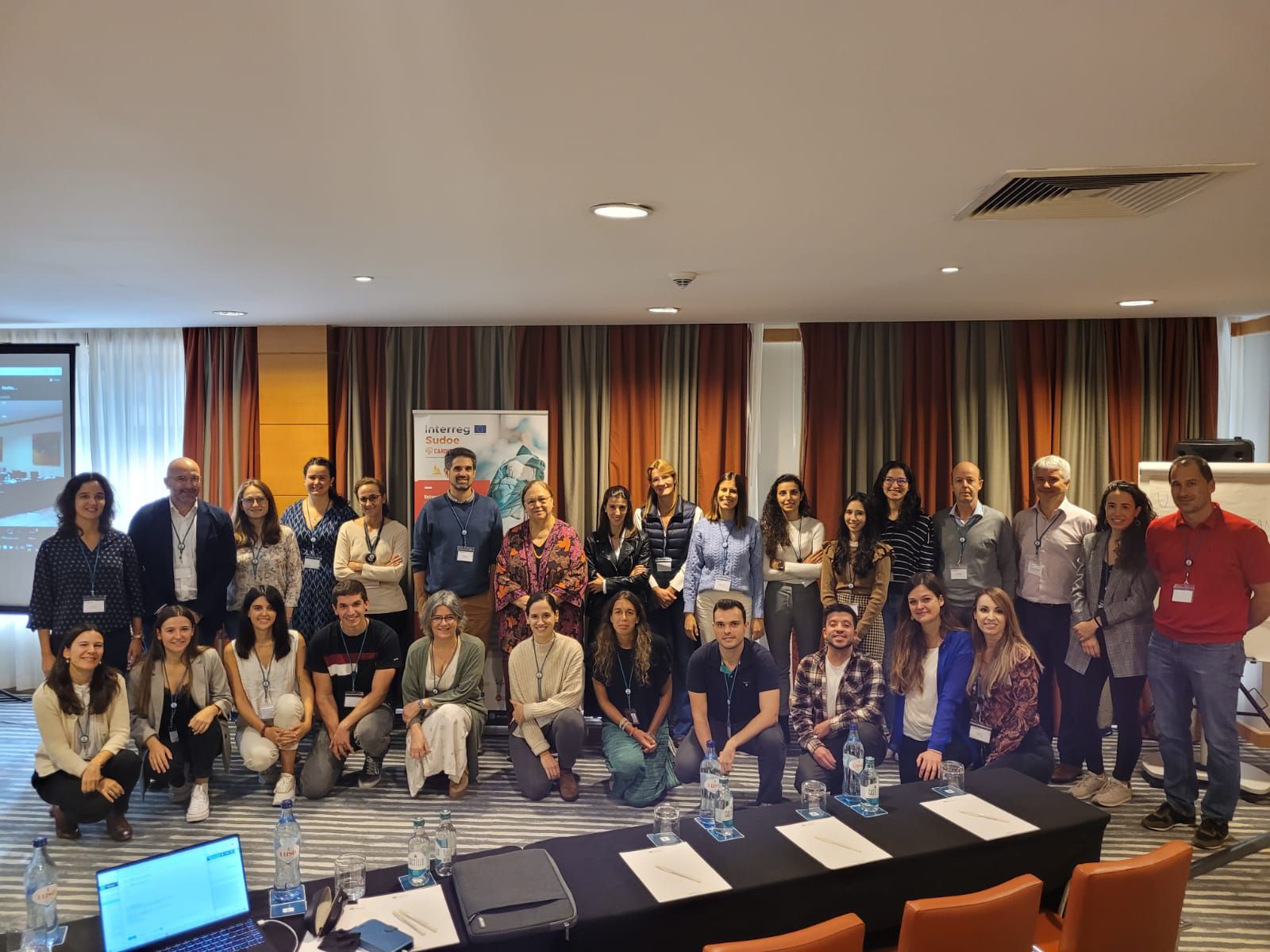 The latest advances of Cardiopatch are showcased in Lisbon

#CARDIOPATCHProject’s values describe the work philosophy of its founder’ members and reflect the joint vision and mission statements.